I Left my Filth in San Francisco

“I Left My Heart in San Francisco” is still a popular tune – but a more accurate title these days might well be:

“I Left My Filth in San Francisco”

NBC investigators rated the city “one of the filthiest slums on earth.” After surveying 153 blocks in the downtown area, “including some of the city’s top tourist destinations,” they discovered “a dangerous concoction of drug needles, garbage, and feces lining the streets of downtown San Francisco.”

Every single block surveyed by the NBC crew had trash littered about. 41 of those 153 blocks had drug syringes and 96 blocks were contaminated with human excrement.

One has to wonder why a city the size of San Francisco, with such a rich history and vital tourist trade, doesn’t pick up after itself?

The problem, as revealed by the San Francisco Chronicle and many other sources, is homeless people. It seems they just won’t use the public toilets or garbage cans provided by the city.

Things have gotten so bad that San Francisco mayor Ed Lee headed up a Department of Homelessness and Supportive Housing, effective July 1, 2016. The Chronicle reported that the civic group “spent $275 million on homelessness and supportive housing in the fiscal year.” This year’s budget is $305 million. 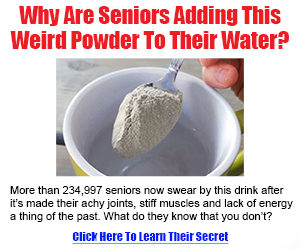 Since its inception, city Public Works cleanup personnel have collected “more than 679 tons of trash from homeless tent, and collecting more than 100,000 used syringes from the camps in that time span.” That is a lot of garbage.

People are sounding off about the awful mess. In both 2015 and 2016, the city’s city’s 311 line got more than 22,000 complaints about needles and feces around homeless encampments.

Ironically, Channel 4 News steered us toward what might be part of the real problem:

“The city of San Francisco hands out millions of syringes a year to drug users but has little or no controls over how they are later discarded.”

Yes, San Francisco has so many folks with no place to live that they have built tent cities, a recent American phenomenon. According to a Yale Law School study published in March 2014, titled Welcome Home: The Rise of Tent Cities in the United States” gives the reason for the current high rates of homelessness experienced across the nation:

“Because of the economic recession and the financial and mortgage foreclosure crises, homelessness has increased and intensified in the United States over the past several years.”

Failed mortgages and unemployment during the Obama years have taken their toll throughout our once-great nation. Federal policy before President Trump has failed miserably to get people out of tents and into homes.

A 2017 “Homeless Census” put the exact number of destitute individuals to be around 7,500. The Guardian adds that “the waitlist to get into a homeless shelter is more than 1,000 names long.”

Is it merely coincidence that San Francisco is a proudly self-professed Sanctuary City which welcomes all the people mentioned on the base of the Statue of Liberty? Just to refresh your memory, the last part of the statue’s famous text (“The New Colossus”) goes like this:

“Give me your tired, your poor,

The wretched refuse of your teeming shore.

Send these, the homeless, tempest-tost to me,

I lift my lamp beside the golden door!”

This is indeed the creed that has made the United States the land of wealth, power, and opportunity that it is today.

But we just established that not everyone is wealthy or empowered or enabled to thrive, would you agree?

For those “wretched refuse” who make it all the way through the Golden Door to the Golden State, uncertainty awaits. But one thing is certain: San Francisco has turned into a pond full of bacteria-ridden scum.

Wondering just how long ago people began noticing a decline in public standards in San Francisco, we checked out some TripAdvisor reviews. It seems like everything was going great until 2014. A visitor wrote on May 10 of that year:

“SF has gotten so dirty, unfriendly, cold and uncaring of it’s [sic] tourists and of the upkeep of once such a gorgeous city!!”

“Having visited San Francisco a lot during the 90s and loved the place, it has been a big disappointment to return in 2015 to find the city area very dirty. As well, aggressive homeless people putting on pressure for money and being abusive when none (or too little!) is forthcoming make a visit unenjoyable. We were also subject to abuse from a large African American man selling his music: when we didn’t meet his needs he abused my wife using foul language and threatened to put on her. No police in sight anywhere – no locals intervened.”

Perhaps the real solution to filth caused by human destitution is – get ready – get rid of the destitution. Create an economy with enough sustainable jobs to allow people without homes to get one, even a modest place. Educate the public about sanitation, counsel the druggies, install more toilets and trash cans, and let’s turn this sorry picture around!